“The Maze Runner” – Are There Moral Consequences Similar To “Ender’s Game”? 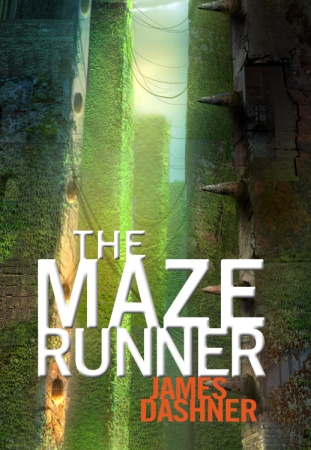 Thomas wakes up in a box knowing nothing more than his first name. When the box opens he meets the Gladers, a bunch of boys living on their own in an inexplicable world. The Gladers are given deliveries of food and a new person once a month. The Maze surrounding the Glade is closed off at night to protect the kids from the Grievers, monstrosities of flesh and machine. Thomas is riddled with questions, but he knows he was meant to run the Maze. The day after Thomas arrives, a girl with a message is delivered to the Glade and then the doors no longer close. Nothing is the same.  They must escape the horror being inflicted upon them. Thomas continues to ask questions. Questions that seem to have no answers.

The premise of  The Maze Runner series is clearly stated in the third book, is it justified to hurt a few to save many. This novel is among the many young adult books in the dystopian genre that also raises questions of situational ethics.

The Maze Runner reminds me superficially of Ender’s Game by Orson Scott Card because the government is shamelessly manipulating children for their own purposes. In Dashner’s novel the agency, with the acronym WICKED, is searching for a cure to a deadly disease, the Flare, while in Card’s book the children are defeating an alien nation for homeland security. Another similarity between these two novel is the raw brutality. Order must be maintained and there is no room from deviation, not even for a humane response. Finally, the rough language seems similar, even though in The Maze Runner the cursing is primarily fictional colloquialisms, for example, shuck it, klunk and shank.

I found that I was intensely reading this book though I’m not sure enjoying it would be fully accurate. There were some flaws that I found annoying, such as, everyone always telling Thomas not to ask questions. Overall, the characters were weak and I didn’t develop empathy for them. The entire series is more action oriented than relationship oriented, written around the premise of a post-apocalyptic earth.

I thought this book was full of action. It was also brutal. Some things were utterly shocking and I couldn’t imagine ever happening if it was a real situation. The first book of this series was my favorite. In this book I loved the characters Minho, Teresa and Thomas. One thing that bugged me about this whole series is the language. Frankly I’d rather authors not make up their own pretend curse words. The people also used shank and klunk waaaaaay too much. I thought this book was brilliant, but wish it was less violent and brutal. 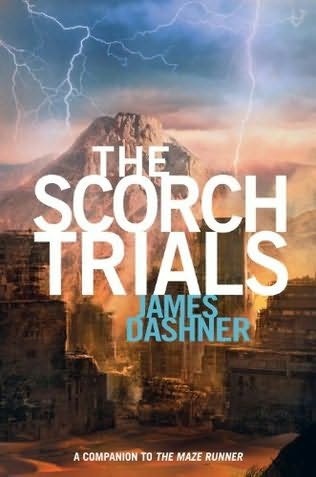 The Maze was only the beginning. After a fake rescue, the Gladers have been lulled into a feeling of safety only to have that security ripped away from them with new horrors inflicted upon them by WICKED to test the Killzone through variables. While sleeping, each boy has been tattooed as the Property of WICKED. Thomas is labeled that he is to Be Killed by Group B and Minho is labeled as the Leader. Teresa, labeled the Betrayer, has been kidnapped and Arias, the single boy from Group B has replaced her. Group A is sent out to cross the Scorch, a desert with deadly electrical storms and a city filled with Cranks, to reach a Safe Haven where they will receive the cure for the Flare if they can survive. While Minho is leading the group they take on two Cranks, Jorge and Brenda, as guides with the promise that they may get the cure too.

I have learned a valuable writing tip, do NOT have characters spend 100’s of pages crossing a desert, even if there are occasional zombie-like diseased people or deadly lightning storms, because it is boring. As is often the case, middle books in a series are cursed to fall a little flat because they have lost the initial spark of being creatively fresh as found in the first book, and they are the set-up for the big finale coming in the last book.

I found in The Scorch Trials I lost any bit of empathy I might have had for Teresa as she continued to act out as directed by WICKED. We really didn’t get to know any of the girls from Group B and we are left with many questions that still need to be answered. In ways this novel was the most shockingly brutal, as an example, the Gladers wake up to find bloated bodies hanging from the ceiling. This was probably an illusion developed by WICKED to test the response of the Gladers, but still very disturbing.

The Scorch Trails was my least favorite of the series. It was still exciting but wasn’t as  creative as the first. There was no huge problem to solve, they just had to run across a desert. My opinion changed of Teresa in this book. She was a total brat and used Thomas, just because WICKED said too. Instead, Brenda took her place. I love Brenda’s character. It was still harsh at times, but not as much as the first book. 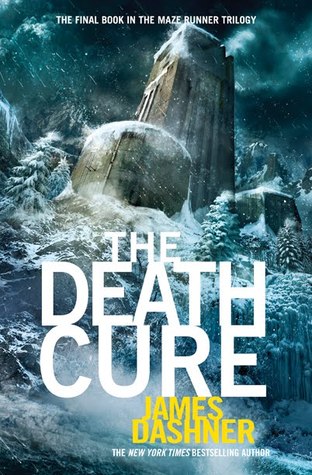 Teresa believes that WICKED is good. Thomas knows WICKED has lied and he cannot trust them. When the survivors of the Scorch are escorted back to the main WICKED facility they are treated with respect and told the time for lies is over, and in fact most of them are immune to the deadly disease, the Flare. Unfortunately, Newt is not immune and he will go crazy and eventually die.

WICKED has collected their data and would like to return each person’s memory so that each individual can choose to help them finish finding the cure for the Flare. Only Thomas, Minho and Newt refuse. Thomas and the other boys decide they must escape because WICKED has turned on them for their refusal and they know they are in danger. While escaping they find that all the other boys and girls have already escaped leaving them behind. They fly off to Denver with Jorge and Brenda to search for their own answers. They are discovered by Gally, who has joined The Right Arm, a group resisting WICKED and are recruited to help in the downfall of their former tormentors. Thomas has to return to WICKED voluntarily to implement their destruction. Who can you trust in a wicked world?

The introduction of The Right Arm provided another element to the plot that made The Death Cure more interesting and provided a vehicle for the ultimate destruction of WICKED.

In this final book in the series on the final page Chancellor Paige states,

“It is my hope that over the years our organization has in some part paid the price for the unspeakable act committed against humanity by our predecessors in government. Though I am fully aware that it was an act of desperation after the sun flares, releasing the Flare virus as a means of population control was an abhorrent and irreversible crime. And the disastrous results could never have been predicted. WICKED has worked ever since that act was committed to right that wrong, to find a cure. And though we have failed in that effort, we can at least say we’ve planted the seed for mankind’s future.”

I felt this explanation was too little and without moral feeling to justify the actions of WICKED. The final consequence is that the earth’s population will die with only the select immune individuals left to make a new start for humanity.

There were several short comings in this series. One of the short comings was that by the end the reader doesn’t even care that some of the main characters are dying. Another problem is with some of the scientific explanation, I never believed that the variables, such as fear, betrayal and anger could provide data to finding a cure for the disease. I also had a hard time believing that the government or WICKED would have had any moral dilemna over killing those infected with the Flare when they were so willing to torture and kill the selected immune children to find a cure to save mankind.

After all the hype around The Maze Runner series I was disappointed in the final result and wanted to have a better feeling that the people who had made such poor choices felt regret, but they did not.

3 out of 5 stars (and perhaps that is too high of a rating.)

I loved how the author added in the new issue of The Right Arm. I thought it was great that Thomas didn’t instantly jump in and work for them. He never fully agreed with them and realized that they weren’t perfect either. They were still kind of wicked. I think Thomas is still a wonderful character but he didn’t grow much through the books. This book was defiantly a step up from the 2nd book but left a few loose ends. It was also a tad bit confusing. I couldn’t understand why people would release a virus without knowing a cure. What were they thinking?

As a post note, though my daughter has given this quite a good rating even she said she was shocked over the brutality and we both agree that no one under the age of 14 should read this particular young adult series.

I am a mother of four children and have a passion for reading. I love sharing my treasury of books with my kids. I also do experiments in cooking which includes such things as Indian Tandoori Chicken slow-cooked in a tagine. I write stories and illustrate in ink.
View all posts by Tales Untangled →
This entry was posted in young adult book reviews and tagged action novel, betrayal, brutal, compare to Ender's Game, dystopian society, fictional, Flare disease, grievers, klunk, love triangle, manipulating children, maze runner, post-apocalyptic, shank, teens have to save the world, unethical government, WICKED. Bookmark the permalink.