The Gilded Wolves – Are You Ready For A New Magic World?

Posted on January 9, 2019 by Tales Untangled 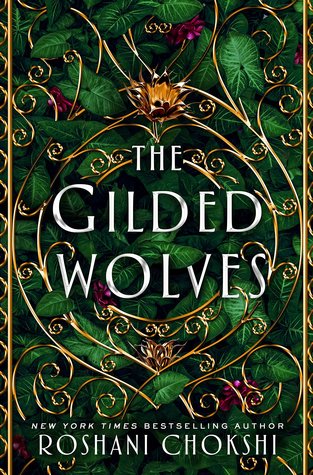 Set in a darkly glamorous world, The Gilded Wolves is full of mystery, decadence, and dangerous but thrilling adventure.

Paris, 1889: The world is on the cusp of industry and power, and the Exposition Universelle has breathed new life into the streets and dredged up ancient secrets. In this city, no one keeps tabs on secrets better than treasure-hunter and wealthy hotelier, Séverin Montagnet-Alarie. But when the all-powerful society, the Order of Babel, seeks him out for help, Séverin is offered a treasure that he never imagined: his true inheritance.

To find the ancient artifact the Order seeks, Séverin will need help from a band of experts: An engineer with a debt to pay. A historian who can’t yet go home. A dancer with a sinister past. And a brother in all but blood, who might care too much.

Together, they’ll have to use their wits and knowledge to hunt the artifact through the dark and glittering heart of Paris. What they find might change the world, but only if they can stay alive. (Courtesy of goodreads.com)

I absolutely loved so many things in The Gilded Wolves. I think the title is intriguing and it made me want to read more. Chokshi is a master storyteller. I love how she weaves in the story of the tower of Babel into the fabric of this alternate Parisian society.

The characters were some of the favorites that I read in 2018. Séverin is snarky and made me laugh. He’s a perfect main character because he’s full of flaws and believes he has all the answers. His own confidence gets in his way.

The engineer, Zofia, is a drawn perfectly as a girl on the autism spectrum. In one moment, the dancer tempts her with a line of cookies that made me chuckle. Zofia expresses the difficulty sarcasm and other types of subtext in conversations cause to someone with her set of circumstances. She’s even influenced by textures. We aren’t given a diagnosis, but if I chose one, I’d say she has Aspergers because she’s very intelligent, reclusive and functions in society.

Laila the dancer is mysterious with a complicated past – she’d like to know who’s pulled the strings in her life. She is a sensual dancer and lives a double-life as a baker. Knowing the power of costume and branding she has carefully built her reputation, but she believes her life is fleeting.

I had a harder time keeping track of Tristan and Enrique for some reason. One had the greenhouse, and a deep need to protect. He’d been like the brother Séverin never had as they bounced around to other homes as orphans. While the other was the brilliant historian who dreamed of being respected by his people.

The magic system was delightful, full of mysterious house rings and enchanted objects with a steampunk feel. The rules of the magic were clearly laid out and at the heart of what Séverin believes he wants to change in his life. The prose is filled with gorgeous images and the dialogue is witty. Mystery underlies the story and they’re under a strict amount of time to solve all their problems, which keep getting bigger and bigger.

I hate to give away the fun things in the book. I wondered who were the gilded wolves from the beginning. I’ll just say that each house has their own symbol and if you can figure out who’s mascot is the wolf you’ll have it. To me, gilded implies a surface veneer of worth or respectability. So, if the wolves are gilded, they may not be what they hope to seem.

I would have given this book 5 stars if not for one element. Any book that crosses the line, of what I would consider clean of sexual, content gets marked down. Though not overly detailed there is a running theme of two characters having had a sexual liaison, homosexual innuendo, and a same-sex kissing scene. I didn’t mention him earlier, because I feel like he’s a secondary character, but Hypnos is the contemporary of Séverin, who’s central to the gay themes in this story. It’s something parents should know before their children read it.

The Gilded Wolves is billed as YA, but I think adults will like it just as much or more than the teens.

If you liked The Gilded Wolves, I’d recommend Brandon Sanderson’s The Alloy of Law along with the rest of that series. I also recommend Jeff Wheeler’s Kingfountain series.

I am a mother of four children and have a passion for reading. I love sharing my treasury of books with my kids. I also do experiments in cooking which includes such things as Indian Tandoori Chicken slow-cooked in a tagine. I write stories and illustrate in ink.
View all posts by Tales Untangled →
This entry was posted in young adult book reviews and tagged adventure, Alternate Paris, alternate universe, aspergers, characters on the autism spectrum, danger, detailed magic systems, Enrique, France, Hypnos, Laila, mystery, New York Times Bestselling Author, Order of Babel, Roshani Chokshi, Séverin Montagnet-Alarie, snarky characters, steampunk, The Gilded Wolves, Tower of Babel, Tristan, Who were the gilded wolves, Zofia. Bookmark the permalink.